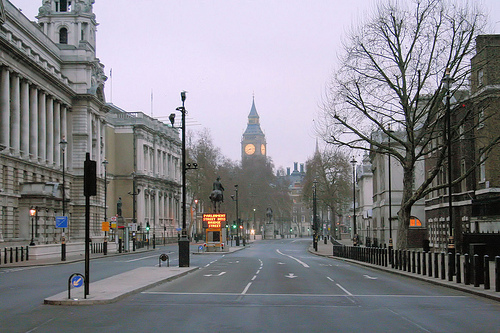 10 years on. Remembering the 7th of July.

Has it really been 10 years? I remember it so vividly, like it was only yesterday. I’ve seen a few posts on my Facebook feed from friends talking about that day and it brought it all back to me in an instant.

That sickening knot in my stomach, is back. That deafening silence. The silence of a London with no cars, planes, trains or buses. Dazed people walking the streets, looking lost, holding onto each others hands tightly, just desperately trying to get home.

The Day
It started off as an odd day.

Normally I would be at Kings Cross trying to get on the Victoria line at the time of the first bombing. But my project board meeting at work had been brought forward from 10 to 9am, so it was a rare early start from me. It wasn’t until I emerged from my board meeting (was working at HM Treasury, implementing the COINS system 10 years ago), 2hrs later gone 11am that I had become aware that something had happened.

It wasn’t clear at first. Power surges? Explosions? What had happened?

The rest of the day was spent in utter shock and bewilderment. Scanning the BBC news page trying to make some sense of it all. How can you make sense of that? It defied logic. It defied humanity. How could human beings do that to one another?

Work stopped. No-one could focus on work. The brain is trying to come to grips with what has just happened across London. The sheer scale of it. The sheer terror.

Mum & Dad had been phoning any number they could to get in contact with me, but the mobile networks had gone down and our internal phones also went into meltdown. Just like thousands of other parents all across the UK, desperately trying to connect, to be reassured that I wasn’t one of victims.

Thankfully email was still working and I managed to get hold of Tim and speak to Mum & Dad eventually to reassure them I was okay.

I was okay. I was safely in work, in the safety of the heavy set stone building of the Treasury. Did you know that’ve got bomb curtains in the Treasury Mum? Look, I’m safe. I’m alright. Don’t worry.

But of course Mum & Dad worried. How could they not?

A series of tannoy announcements were made at work and by 3pm most of us had left the building to start the long walk home. I lived in Stoke Newington at the time, so it’s walkable. It’s a long walk, but it’s still walkable.

Tim met me outside the Treasury and I hugged him for a long time, not wanting to let go and so thankful he was safe.

London had gone into complete lock down and was eerily silent. Like that movie 28 Days later, when the guy wakes up to a silent London and walks down a deserted Whitehall.

The silence is one of my most vivid memories of that day. I never realised how accustomed I had become to the background hum of London. The overhead planes, the constant ticking over of car/bus/taxi engines, the faint rumble of underground Tube trains. I had become a Londoner without even realising it.

London without that living ‘hum’ took on a completely different feel. It felt stark. The edges of buildings and railings felt harsher. The air stifling.

Only yesterday, the day before the bombings I had been standing in Trafalgar Square with thousands of other Londoners and tourists waiting for the announcement for the 2012 Olympics. The roar, the cheering, the immense feeling of pride and joy that London was going to host the next Olympic games was just amazing. It was an amazing feeling to be part of all of that. Walking down Whitehall, back to the office covered in ticker tape. The happiness. The joy. To be part of history.

No-one had an inkling back then, that the very next day we’d all be part of a very different event. Another part of history. One that was steeped in blood and terror.

So, Tim and I left the office and started the long walk home. Walking down a deserted Whitehall. A deserted London.

Only it wasn’t deserted.

The traffic was gone, but that was replaced by people. Hundreds of people making that same walk home. People had reclaimed the streets and roads. Where thousands had stood in Trafalgar Square just the day before, only a few groups of people now stood. Huddled together in silence, the silence only occasionally broken by the cry of people in shock and grief.

There were no cars, buses or taxis. No trains running. No planes overhead. Just hundreds of people walking quietly, in hushed breaths with the occasional nod to passing strangers. All with the same understanding, compassion and desire to get home.

We walked up through Covent Gardens, Holborn, Farringdon way up to Angel Islington. Occasionally popping into a pub now and then for a wee rest, glass of lemonade, and to catch up with the news.

No pub was showing sport that day. All the TV’s were either showing BBC or Sky News, as it was the only way we could keep up with what was happening – the mobile networks were still down or intermittent. Some pubs where busy, others only had a few people in them, but no matter how many people were in a pub they were all the same.

Barring the noise that came from the till/cash register, no-one spoke. All eyes glued to the TV. No-one spoke. No juke box. No puggy machines. Just the sound of the TV, replaying the same footage over and over again.

By around 7-8pm, some of London’s Bus network had started back up. You could then see the odd taxi and car on the street. London was awaking out of it’s silence, and the old hum was coming back. London’s stunned silence was dissipating.

Eventually we got home. Had some food, but I didn’t feel hungry. Forcing the food down me. Down to that sickening knot in my stomach. Finally drifting off into an uneasy sleep, only to wake up the next day thinking it had all been a dream/nightmare.

Turning on the TV the next morning, to see that it was all very real. It was no dream. It had really happened.

Work didn’t return to normal for a very long time. My route took me past Kings Cross every day. I can still remember seeing that board up, with all the missing posters. Families and friends desperately trying to find their brother, sister, mothers and  fathers. Those faces that would never be coming home. That sickening knot in my stomach every time I walked past it.

That same feeling when I went back on the Tube for the very first time.

The feeling of fear when someone “muslim” looking got onto my carriage wearing a ruck sack. Yes, I changed carriage. Fear took over those first few days of commuting.

That feeling of guilt and shame and disgust for even thinking like that.

They were just like me, trying to get about their own business. Using public transport as all Londoners do.

The Londoner in me took over, and I stopped feeling the fear. We are all people, living and working in a wonderful city and I was damned if I was going to let the fear win.

10 years on, and the fear hasn’t won. London did. It won my heart. I no longer live in Stoke Newington, but I still love London. Londoners stood tall that day, and showed the world that we won’t bow down to terror and fear.

Compassion, Respect and Understanding is why I love London. And sometimes I think that we need to remind ourselves of that, given the climate of “fear” we find ourselves living in.

We are better together than we are alone.

07 Jul This entry was published on July 7, 2015 at 9:59 am. It’s filed under Life, London and tagged 7th of July, Bombings, London. Bookmark the permalink. Follow any comments here with the RSS feed for this post.